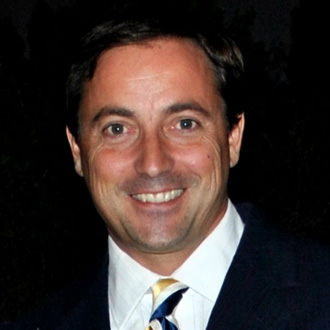 It is Argentina’s time to shine in the spotlight of world-class olive oil and Francisco Gobbee is the lamplighter. As General Coordinator for the grower-consortium, Argentina Olive Group (AOG), Francisco Gobbee, or “Frankie” as he likes to be called, is widening awareness and sales of extra virgin olive oil grown in the foothills of the Andes Mountains. And if you study the numbers, we should all be doing whatever he’s doing.

During the same time period that Italy’s import share to the U.S. market dropped 9%, Argentina’s grew by a whopping 790% (2004-2009). By volume, Argentina is still in a distant contender to the Mediterranean powerhouses of Italy and Spain but they are making their mark as a major olive oil producer. It is probably not entirely a coincidence that 2004 was the year that Gobbee returned to Argentina to guide his father’s olive oil company, CIASA, after a very successful marketing career for multinational packaged goods giant, Red Bull. He went on to found AOG in 2009 and head up its initiative to grow Argentina’s worldwide position in the olive oil industry.

My family is originally from Spain and has had a long history with olive oil. My mother's grandfather had a very small olive oil plantation in Jaen. In the 1990s, my father brought certified DNA seedlings to Argentina to produce extra virgin olive oil. In 2004, my father asked me to take over the marketing and commercial business for CIASA, his olive oil nursery and consultancy in Argentina. I thought it would be an exciting challenge to accept the offer at a time when the olive oil industry in Argentina was just getting started. I eagerly came back to my country and have been working in the olive oil business ever since.

The biggest challenge is to educate potential consumers about the significant differences between extra virgin olive oil and olive oil. It’s difficult because they are completely different products but have similar and confusing names. Once people start demanding only 100% extra virgin olive oil (olive juice), then the next big challenge will be supplying the world's need. That is when I hope that Argentina, with its 100,000 hectares of olive oil plantations (and growing!), will become the major supplier of extra virgin olive oil in the world.

A good pasta with fresh extra virgin olive oil poured over it with Parmesan cheese generously sprinkled on top.

To have the chance to show the world that Argentina is one of the best places in the world to produce high-quality extra virgin olive oil because of its outstanding natural resources. We are fortunate to have perfect climatic conditions and the Andes mountain range to provide all the water needed for irrigation with its eternal snow and melting ice.

Another thing I like about olive oil is that it is a very healthy product with lots of benefits for the body. It feels great to promote something that helps people feel better and have a better life.

I admire people who are passionate for what they do and willing to fight for a good cause. Another quality I admire in people is a good sense of humor.

Where is your favorite vacation spot?

One place I really like to go to is Punta del Este, on the coast of Uruguay. It has lovely beaches and great people. I also enjoy vacationing in Martha's Vineyard in Massachusetts with my wife, Astrid, and our four kids. It is always relaxing and fun and we get to spend lots of quality time together.

I have two initiatives I’m very excited about. First, I am working with AOG clients to create a traceability system and a quality seal for Argentinian extra virgin olive oil, as well as to establish labs to test for DAG and PPP on each oil they send to market. Another fascinating project will be the launch of a new brand of 100% Argentinian olive oil bottled in the USA. We hope this will allow Argentinian oil to reach competitive prices in the market.

Personally, the family that my wife, Astrid, and I have formed.

To put Argentinian olive oil in the place it deserves in the world.